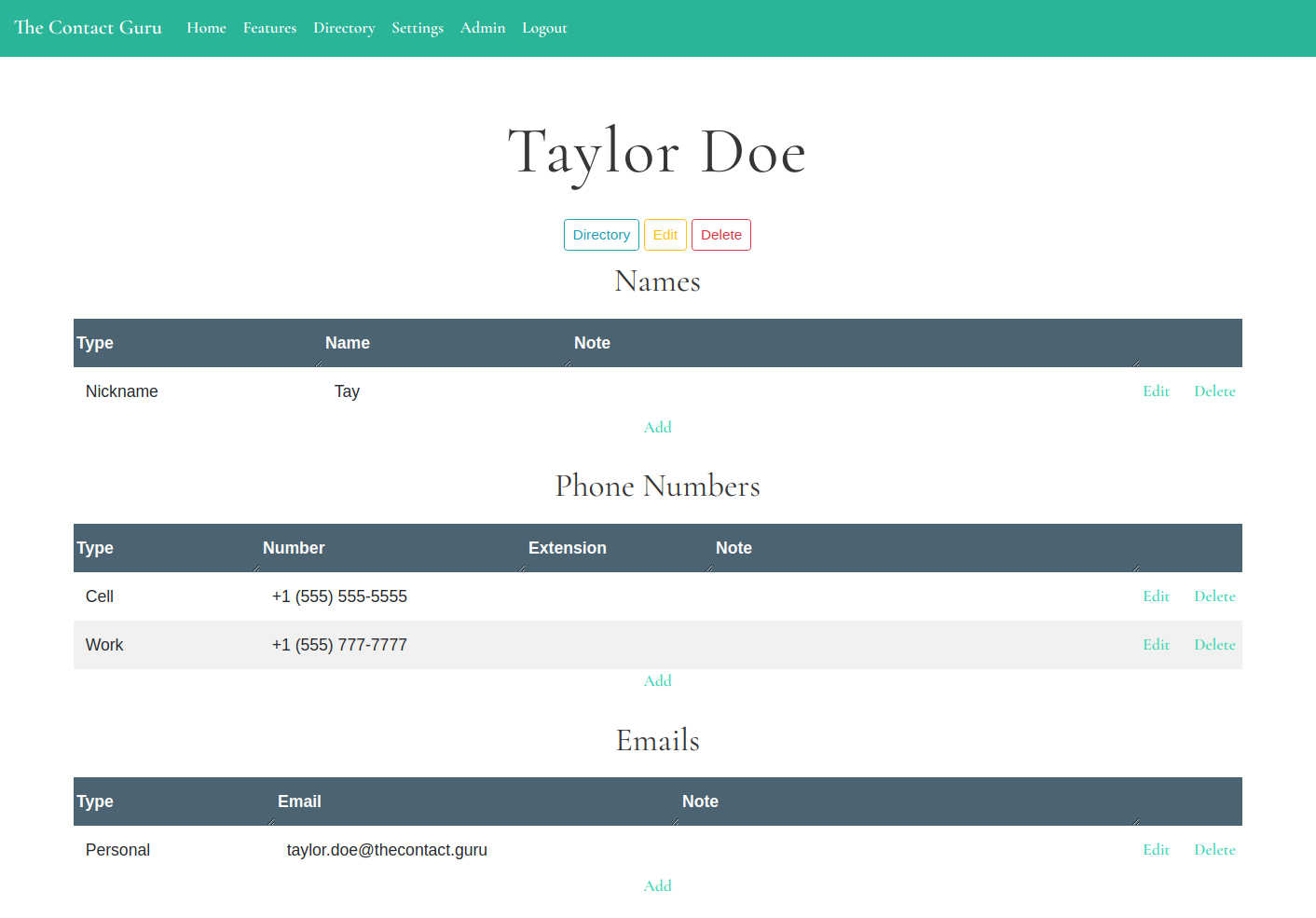 In late November of 2018 I started a challenge of launching 12 startups in 12 months. I am doing this to get faster at turning ideas into working applications. A month after I start each project I will write a debrief describing how it went. Last month I launched my first startup for this challenge, The Contact Guru, which manages you contact directory for you. This is what happened:

I submitted my first commit on November 21, and quickly built the Flask app over the next week. I spun-up a 1 vCPU, 1 GB RAM VPS from Hetzner and launched the app in a Docker container. The app was live after about 10 days.

Building the app was the easy part. Marketing was much harder because I had never done it before. The two platforms I thought of posting the app to included Product Hunt and Hacker News. I decided to not post the app to Hacker News because I did not think it had enough features to garner their attention (this is probably a bad way to think about marketing it, but I was a bit nervous with this being my first app). Before launching on Product Hunt, I had to get my account certified to post, which took a few days.

Waking up early on December 14 I launched the app on Product Hunt and sent out a flurry of messages to my friends to checkout the site and upvote it if they like it. After a few hours I received 4 upvotes, but then noticed the app disappeared from the launched app section?! What? After a bit of head scratching, I noticed the date on the launch page was in the future. Turns out an admin of Product Hunt flagged my app to be showcased on the homepage the next day. Whooott! 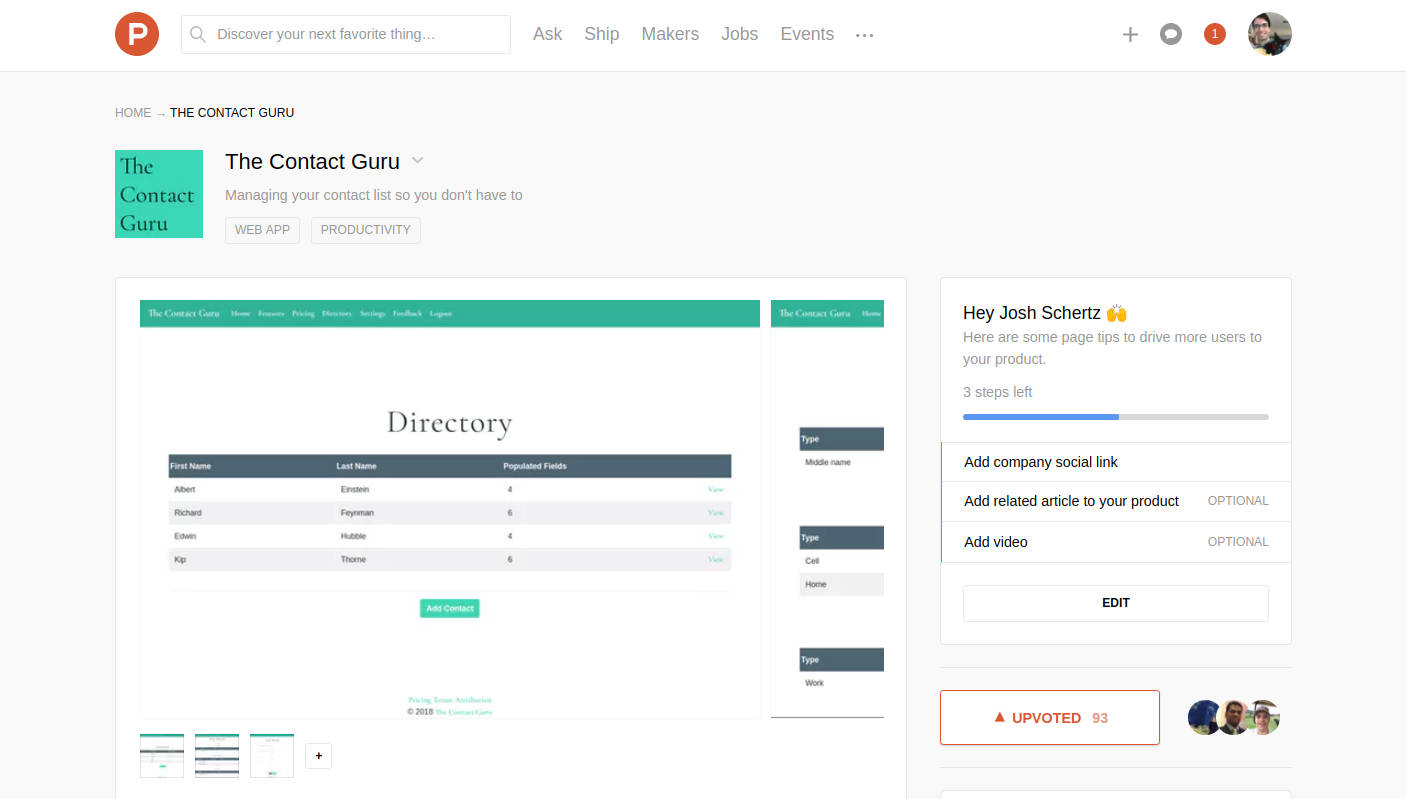 With my app now being displayed on the homepage of Product Hunt I received much more traffic. I received about 70 upvotes that first day and an extra 20 over the next few weeks. This flew past any expectation I had for this launch! Plus I received excellent feedback from a few users, which I noted down for improvements.

Integration with existing apps and services is key for getting users to adopt a service like this. Manual entry is death, thus I must find any way possible to enable users to quickly get up and running with the service. I am therefore adding integration with Google Contacts and CardDAV, so users can have their existing directories sync or import data directly into my app.

Find a way to add value to users and ensure that exists before launching. I did not fully build that killer feature in this app, therefore user adoption was not sustained. If I had built more integration into the app before launch, I think I would have had more users. Plus these features start encroaching on the paid account territory!

Now that the month dedicated to this startup has finished, where do I go from here? I received enough positive feedback about this startup that I will continue developing the app, trying to add that killer feature (extensive integration). I will give myself another few weeks to get this done, but will stop if it doesn't look promising.